Posted on August 5, 2016 by Clark Charbonnet 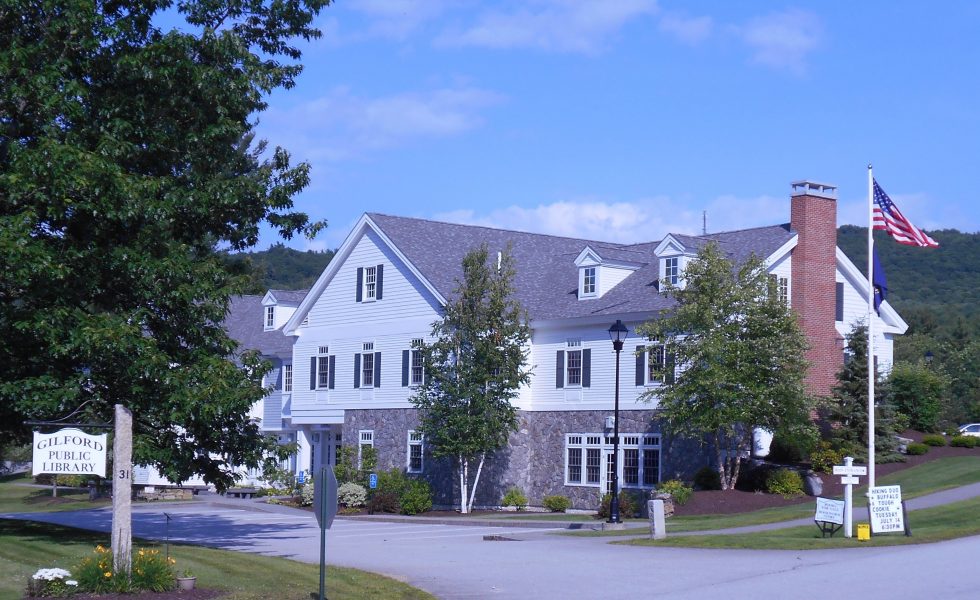 The Library
The Gilford Public Library was established in 1894 and has a long history of providing outstanding library services for a community of its size. Gilford is located on Lake Winnipesaukee in New Hampshire and is home to 7,106 residents. Governors Island, Ellacoya State Beach, Belknap Mountain State Forest, Gunstock Mountain Resort, and Meadowbrook (a seasonal outdoor concert venue) are all located in Gilford. The library is the central cultural institution with a collection of approximately 55,000 items and 135,000 annual circulations. Last year, the library offered 774 programs for a total of 12,043 attendees.

Automation
Katherine Dormody has been the library director at Gilford for 15 years. In 2015, she decided that it was time to seek out a new ILS and began researching automation systems with top customer service ratings. She discovered Apollo and was initially attracted to its responsive web design and appealing mobile interface. Gilford began an Apollo trial in March of 2015 and went live that May.

Seamless Migration
Gilford’s migration process went very smoothly, something Ms. Dormody attributes to good planning and communication. Prior to going live, she says there was a lot of communication, and she liked that there was always someone she could contact at Biblionix if questions or problems arose. The Startup Call helped prepare staff for the migration by answering many of their questions and giving them a thorough overview of the system. Ms. Dormody says, “Karl, our Apollo contact, was a huge help with working us through some of the tricky problems we encountered when we went live and had some great recommendations on how to customize our system to fit our specific needs and requests.” She also found the supplementary materials very helpful in training staff and educating patrons about upcoming changes.

A New Approach
Ms. Dormody and the staff at Gilford have found Apollo to be much more intuitive than their former system (a ‘big name’ system). Getting used to a new interface was a big change, but Ms. Dormody found that she was able to retrain her staff and volunteers very easily compared to their former system. Cataloging in particular has become much more efficient. “The ability to search multiple libraries at once for MARC records has greatly expedited our cataloging process,” she says.

Patron Joy
Patrons at Gilford have had an overwhelmingly positive response to the new Apollo catalog. People enjoy the visual format, particularly the crawl of new items. Patrons also appreciate how easy it is to find materials, reserve and renew materials online, and set custom notification options. Additionally, Apollo’s single sign-on approach to e-resources has been a boon for members who use OverDrive® and other online databases. They appreciate the simplicity of being able to move seamlessly between the Apollo catalog and OverDrive.

Staff Joy
Staff have found that the way Apollo organizes and processes patron issues allows for greater accountability and improved operation. Apollo’s automatic notification feature has also freed up a great deal of staff time. With the previous system, staff had to manually contact many members for overdues and reserves. But with Apollo, Ms. Dormody says, “Staff members no longer have to spend time stuffing envelopes with overdue notices or calling members about reserves all day long!”

For Gilford, the move to Apollo has been all about ease of use and increased efficiency. With features like auto-notification, improved cataloging, and the easy-to-read format of reserve wrappers, staff spend less time on routine tasks. And because Apollo allows patrons to manage their accounts and to easily find and reserve items in the catalog, it’s a win for everyone.

OverDrive is a registered trademark of OverDrive, Inc.