THE LIBRARY:
The Seward Public Library was first organized as a reading room in 1888. In 1913, despite a tornado which tore through the town, the reading room was reorganized as a city library and was housed in a new building made possible through local donations and a grant from Andrew Carnegie. Major renovations took place in the late 1960s and in the mid 1980s. In 1987, Becky Baker joined the library as director and remains there to this day. In 1990 the Seward Library Foundation was formed to raise money for a new library building and on September 2, 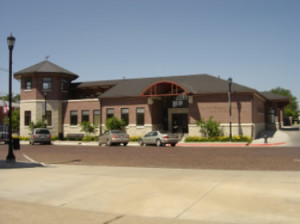 2003, the new Seward Memorial Library opened its doors to the public. Today, in a building nearly 8 times its previous size, the library houses over 45,000 items and circulates over 110,000 items annually. Plus, there’s a computer lab, meeting rooms, a local history room, and more, with room to grow.

AUTOMATION:
The library first automated in 1988. It adopted what was one of the few choices available for small libraries at the time, although it was primarily designed for schools. From board meeting minutes at the time, it seems that this automation system presented technical problems from the beginning and of course never worked like it should have for a public library.

A NEW APPROACH:
In January 2008, the Regional Library Systems of Nebraska sponsored a technology day at the Seward Memorial Library, and Apollo was one of the automation systems that was highlighted. Becky’s interest was piqued due to the hosted and public library nature of Apollo and the many features that would delight the library’s patrons. She took advantage of the free trial to fully assess how Apollo would meet her needs. Through close collaboration with Biblionix, including implementation of many suggestions, Becky knew first hand that Apollo was what her library needed.

MIGRATION A SNAP:
The migration process was a snap – after a simple upload of a folder from the server, exactly as had been done for the trial, Biblionix did the rest. They replaced all trial data overnight. And the library didn’t have to close! While some of the existing fine details were incomplete, this was a very minor inconvenience compared to all the new features now available.

REFRESHING CHANGE:
The Seward Memorial Library started using Apollo at the end of August 2008 and has not looked back. Becky was able to guide her staff and her patrons through a comfortable transition to Apollo. “It was such a refreshing change to have our suggestions actually considered, and many of them implemented, rather than just receiving lip service as from our previous vendor. We could tell that our satisfaction really mattered to Biblionix,” Becky noted. 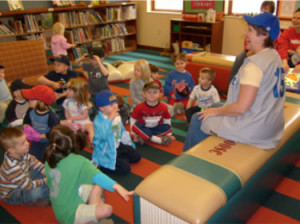 JOY FOR PATRONS:
Seward’s patrons now found that their library could be immensely more valuable to them. Among the many new features, for example, they could manage reserves online, choose favorite authors to reserve, choose contact methods (including email) for soon to be overdue, overdue, and reserve notices, see cover images, and read reviews and annotations.

JOY FOR STAFF:
Becky’s list of staff advantages is long. It includes: